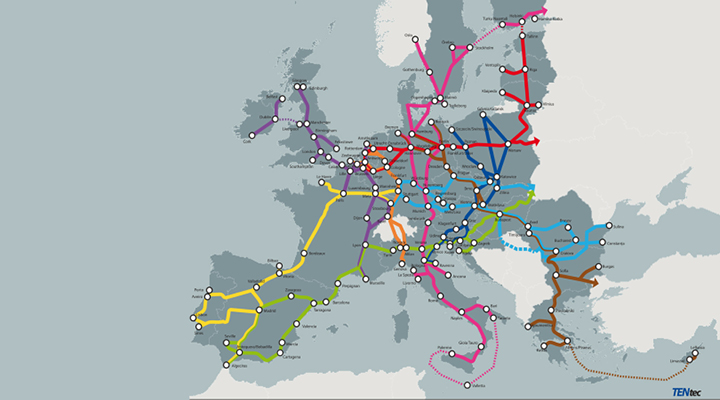 «During the discussions with EU policy makers we have seen a clear recognition of the role of Europe’s seaports and a clear understanding that this should be translated in a policy that strengthens both the sustainability and resilience of the maritime and port sector, while addressing the needs in basic infrastructure and port connectivity. This very much aligns with our ESPO position where we call for a level playing field of the land-based and the maritime dimension of Europe’s transport network and for a recognition of the strategic and diverse role of ports. As gateways to the world, being at the crossroads of supply chains, as hubs of energy, industry and blue economy, ports can substantially contribute to a sustainable, digital and resilient European recovery», says ESPO’s Secretary General Isabelle Ryckbost.

In her opening address to the ESPO Conference Regatta, European Transport Commissioner Vălean said:«Our ambition is to better integrate maritime links in the TEN-T as part of the logistic chain for obvious reasons related to decarbonisation and efficiency. In addition, we want to better connect maritime links of the core network with rail freight corridors and better integrate the Motorways of the Sea programme within the TEN-T policy».

During his intervention, Motorways of the Sea (MoS) Coordinator Prof. Bodewig approached the MoS concept as a sustainable, smart and seamless European Maritime Space, but acknowledged that in addition to these three pillars, resilience will play a central role for the European transport system. Increased resilience of the overall transport system requires a stronger maritime dimension, including more and new maritime connections, as well as the development of port infrastructure.

«A strong and resilient maritime sector is key to ensure a sustainable development and competitiveness of the European economy. I strongly advocate investments in fleet renewals, alternative fuels and last-mile connections to the TEN-T», remarked the MoS Coordinator Prof. Bodewig.

In his key note speech, EIB Vice President Kris Peeters emphasised: «We should still invest in basic infrastructure, but it is important to consider the value for the supply chains».

In the lead-up to the Conference Regatta, the European Sea Ports Organisation had adopted a joint position on the TEN-T revision (enclosed), focusing on the following 11 points:

The full position can be found here.